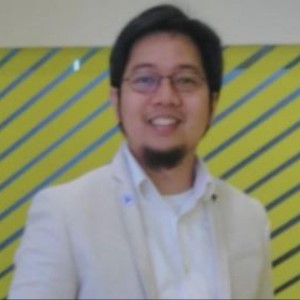 On many occasions, we had been down this road of finding domestic helpers for our own family or for others like our relatives and friends. Having a domestic helper is so embedded in the Filipino culture that it has become part of our daily lives. There is just no other convenient way than getting a domestic helper to assist us with our growing family. The impression that it is harder now to get a good domestic helper that can stay with us for a very long time compared to how it was years ago has now become very apparent.

When I was young, we used to have a domestic helper that was also related to us and we fondly called her Mama Ellen. She worked with us for more than 25 years until she retired at the age of 65. She was part of our family and we loved her dearly. Nowadays, you’d be lucky if you can find a domestic helper that is half like her. The days that you can easily find good domestic helpers are just surprisingly gone.

This phenomenon is quite intriguing and so we embarked on a small-scale research project to find the top reasons why it is harder to find good domestic helpers these days.

Before we reveal the top 5 reasons we noted, let us come to a common definition first of what a domestic helper is. And there could be no better definition than how the Philippine Labor Code defines it. Our law defines a domestic helper as a worker in an employer’s home which is usually necessary or desirable for the maintenance and enjoyment thereof and includes ministering to the personal comfort and convenience of the members of the employer’s household, including services of family drivers. With this definition, let us agree to narrow down the subject of this article to stay-in maids, cooks, yayas, and drivers. For the purpose of this article, we also focus on the local domestic helpers. We shall attempt to write about overseas domestic helpers in a separate article.

Without further ado, here are the top 5 reasons why it is harder now to find good domestic helpers than before:

The most common and most effective way still to find a domestic helper is through the referral system. And the flaw with this system is that your options are only as good as your contacts. Meaning, if you have limited contacts, then that means you can only be exposed to a limited number of candidates. Hence, the chances of you getting a good domestic helper is quite thin. One other thing, domestic helpers normally come from the provinces, mostly from the Visayas and Bicol regions. This is caused by the fact that poverty in these provinces is more rampant than in the urban areas. They also have lesser opportunities to access good education resulting in a huge pool of unskilled workers. Based on the study conducted by the International Labour Organization, the typical profile of a local domestic helper is age 15 to 24, a graduate of elementary school, and with little or no prior work experience. Hence, these candidates will not normally look for a job through the internet or other means except via their relatives and friends. So basically, your method of finding a domestic helper is reduced to practically just one, which is the referral system.

Many of the nightmare stories we hear about domestic helpers involve either a worker stealing; hurting a family member; having an affair with a spouse; super lazy; taking a salary in advance and not coming back to work after a day off; and abandoning the employer immediately after the latter already financed his or her transportation from the province to the city. All these stories greatly aggravate the fear and mistrust of potential employers of many candidates. This causes them to elevate their standards to avoid encountering a bad recruit.

One of the major reasons why it’s no longer so easy to find good domestic helpers is the direct correlation between the increasing demand for domestic helpers versus its decreasing supply. To understand this further, let us go look at the following points:

The increase in demand is being driven by the growing number of women especially in the urban area who are joining the workforce to help create wealth for their households. With them in the workforce, they require domestic helpers to compensate for their lack of time to take care of the household chores. As more women take on jobs in commercial and industrial enterprises, more domestic helpers are needed to support households.

With this factor, there are two influencers that significantly contribute to the downward trend of the supply of domestic helpers.

First, the stigma and unpopularity related to job

Ever since there is this common and strong perception that domestic work is a form of unskilled labor and is one of the lowest ranking jobs that a person can get. Hence, with this status perception, young adults are opting away from being domestic helpers compared to before after being exposed to the pressure of their peers through social media. Moreover, domestic work is also very prone to abuse. There are countless stories where domestic helpers are being verbally and physically abused. This trauma discourages many to work as domestic helpers.

Based on a prior study conducted in 2002, this phenomenon began in the mid-1980s. As our neighboring Asian countries prosper, the demand for domestic helpers in these countries has been steadily increasing. Hence, given the opportunity, domestic helpers would rather work overseas to get better pay to sustain their own families. This leaves a huge gap in the supply of domestic helpers locally.

To sum it all up, if the demand is high and supply is low, then the chances of you getting a domestic helper is so thin you may have to wait for weeks or months or even years to find one, let alone, someone who can be reliable, loyal and who can stay with you for a long time.

This is probably the most interesting reason why it’s harder to find a good domestic helper these days. The criteria for a domestic helper to be categorized as good is actually very subjective and may differ from one employer to another. However, as supported by the same study conducted in 2002, one of the most common criteria of employers in hiring domestic helpers is that they must come from provinces. Surprisingly, many employers prefer hiring from the provinces only due to the level of submissiveness these workers exhibit and their desperation to get a job. They would rather hire someone without prior experience and train them. These employers see this setup as a more favorable one considering the worker would have little expectation in terms of work and remuneration.

Nowadays, many accept the job to be domestic helpers without the intention of dedicating their work for that single employer. They see this opportunity as a stepping stone for reaching Metro Manila and escape the difficult life in the provinces. These days, it is common for domestic helpers to resign without even completing one year with the employers who hired them from the provinces. Once in Manila, they could now easily find other jobs that would be able to provide them higher pay. Ultimately, their drive to escape poverty and provide for their families at home is enough incentive to abandon their debt of gratitude with any employer who took them out from the province.

Cheer up! The good news is, there are already clever innovations that can be an alternative solution to hiring domestic helpers. We shall be discussing this clever solution in a separate article. For now, don’t worry, you can still get a good domestic helper if you really put your mind to it. Definitely, you’d have to exert more effort these days. Having a domestic helper still is one of the best ways of affording your family a comfortable life. Besides, whenever you hire a domestic helper, you are also contributing to developing our economy and alleviating poverty in our country.

What you need to know about rodents

What you Need to Know about Cockroaches

What You Need to Know about Termites 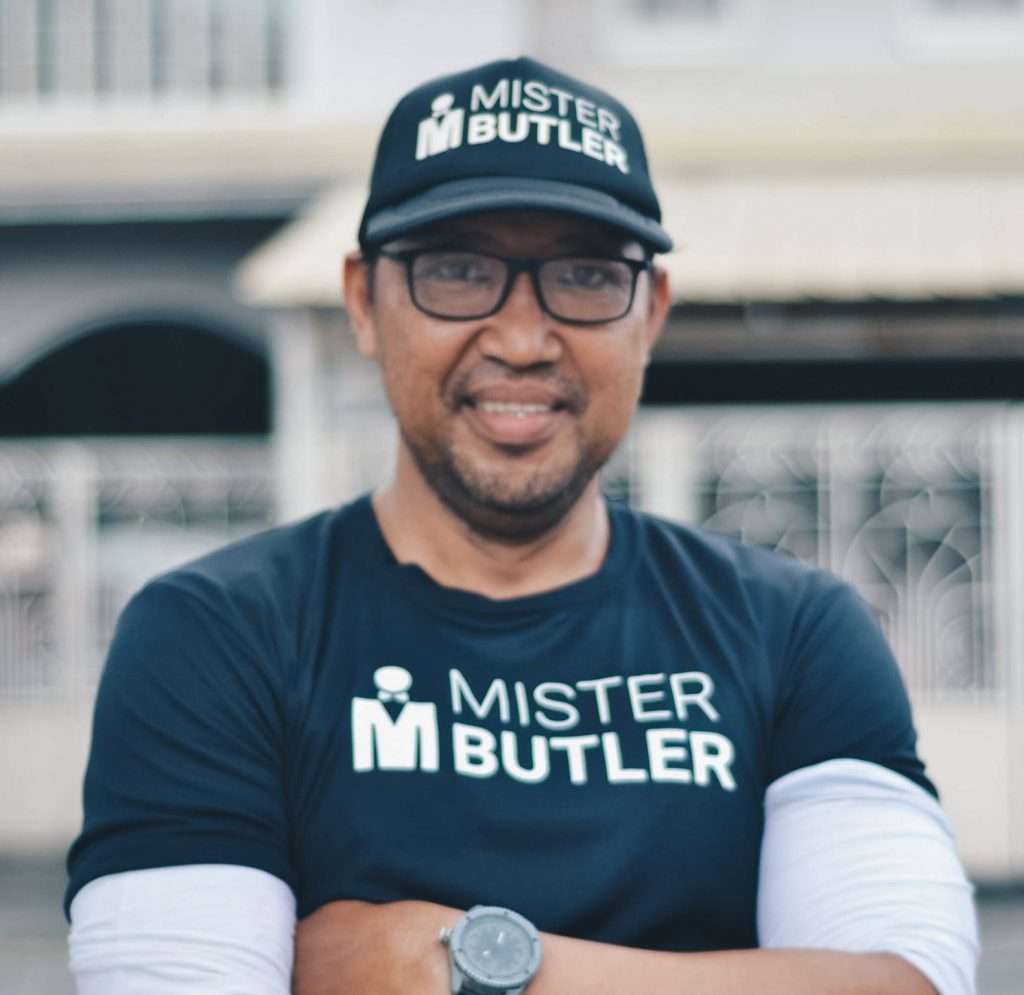 Ready to schedule a service?

Whatever your home project is, we’ve got the right pricing for you.

Choose the pricing model you prefer:

By the hourBy the job

Why you should clean your AC filter regularly

A filthy AC filter can result in a dirty evaporator coil and blower fan since air circulates through the filters. If left unclean for a

7 Reasons Why Your Metal Roof Leaks

One of the most common types of roof in the Philippines is still the metal roof. Its normal life span is significantly longer compared with

Feeling overworked in the office or at home? Delegate.

To delegate is simply to entrust a task or responsibility to another person. Delegation is something we just normally hear in offices or in a

Once you graduate from school, the excitement of being able to create your own path in life and walk on it burns even brighter. The

By the hour (Arawan) vs. by the job (Pakyawan): Which pricing method is the best for you?

To immediately address what probably many of you are already thinking, you are right, per hour pricing on handyman services is not common in the

Top 3 reasons why you should clean your couch

How many hours do you spend on your couch daily? Maybe it’s where you read your favorite book or take a nap after a long